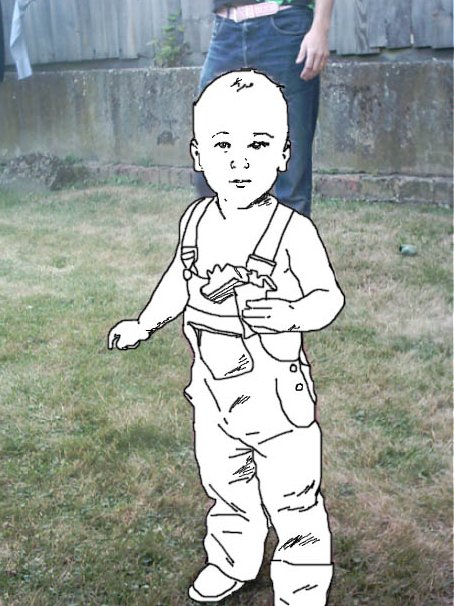 A World of Invisibilia seems to be an ongoing series of drawings/photos by Greg from The Man Who Fell Asleep, a strange site featuring “animations. pictures. words. sentences. banal observations. clumsy satire. fictional interviews. poetic license.”

What he does is take various photgraphs of people from different sources (snapshots, portraits, the web) and then draw out one of the figures, replacing them with a simplified, somewhat charicatured line drawings. He explains himself thusly,

Maybe the pictures illustrate the idea that we all want to remove ourselves from life, and replace ourselves with fictional, self-created versions of ourself. We want to fictionalise our own existence, and impose order and narrative where there is none.

What I like about them is the way the flatness of the drawings seem to stand out from the photographic background, vibrating with an almost three dimensional depth. They remind me of stereographs in which the depth always looks like a series of planes stacked in front of each other (like painted theatrical flats), rather than a continuous recession. 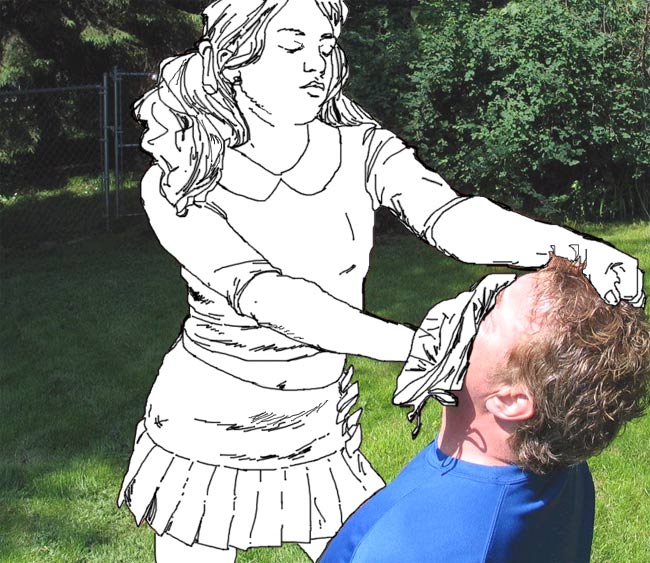 This entry was posted in Pre-UrHo. Bookmark the permalink.