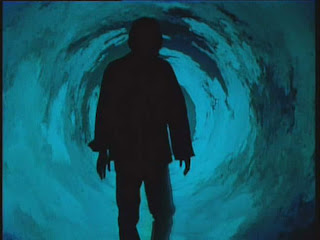 Last night I finally saw Inception. I almost completely forgot about it until a work colleague, over lunch discussing the complexities of our corporate matrix changed the subject to gush about Christopher Nolan’s latest oeuvre. Seeing Inception last evening was spontaneous. I’d been plotting to jump through the first open window I could find in order to see it. I conspired to extend summer work hours into this first week of fall but got drawn into a last minute meeting. There was the possibility for a Saturday afternoon with a friend. My husband had expressed disinterest in seeing the film, but was pleasantly surprised.

We were rushing out the door with our tickets to a live performance to this year’s TBA (Time Based Art festival). It was a man’s soliloquy on Steve Jobs – which I thought would be inspiring to my MyMacDude.com husband. We arrived at the doors of the Washington High School auditorium at 6:33p for the 6:30 show and were turned away. I tried to will the doorwoman to let us in with my Jedi mind tricks – but her obstinate refusal included the artist’s strict request that no one should be admitted after the doors closed. Was this the meaning of “time based art” – to be on time to the minute? My husband Mike and I walked away from the decrepit school with bitter feelings toward PICA. What artist is ever on time?

I saw this as my window to see the film, and we hurried back to the west side to take in the feature at 7:05pm. With small popcorn, my preferred seat in the house (usually in one of the last rows beneath the projector) and Mike’s empty bladder we settled into the film.

I had heard many comparisons to The Matrix – but I struggled with that parity because to me it felt more like David Mamet’s Spanish Prisoner meets Dante’s Divine Comedy with a drop of acid. The construct of said “matrix” was well explained as DiCaprio’s Cobb methodically assembles the team and tools to create the greatest confidence game to lure the competitor of Saito played by Ken Watanabe, his client, into giving up his family empire so that his Saito could have a capitalist world market domination on energy.

Cobb is no Neo – “the one” who will save humanity. There are no Agent Smiths using humans as copper tops to fuel an unconscious reality. Cobb is a man tortured by his guilt and his grief running abroad from extradition like Roman Polanski. The narrative began close to the end of the story – so that halfway through the film when Cobb and Saito, his patron, have reached a trusted understanding, we realize that there is hope for a happy ending – which means redemption for Cobb. Everyone wins.

What I enjoyed the most was the film’s originality. Nolan made a few nods to other films, if anything to his own work. For the most part it was unrecognizable. Cobb’s rule of only creating the new and not referring to the past when constructing a dream world applies here. The “Easter eggs” were hard to find on a first viewing. Mike recognized the Japanese teahouse set of Kill Bill Vol. 1. The dying father recreated in the 3rd level subconscious of “the mark”, Fischer, played by Cillian Murphy (who was the Scarecrow in Batman Begins) was a wink at Kubrick’s Keir Dullea living as the old man in the “holodeck” room in 2001. In the alpine scenes, I half-expected Liam Neeson’s Henri Ducard to appear.

The dream/subconscious mind theme is not one that plays well on screen. There was the Lathe of Heaven (1980) adapted from the Ursula K. Le Guin novella, only for the small screen. The summer I was 12 years old, WGBH – Boston’s public television, aired it every evening before midnight for a week. I watched it every night. When I moved to Portland before the millennium, this made for TV sci-fi film became my unicorn, and I finally received a copy of a VHS tape that I found on the fledgling Internet 1 week before the announcement of a remastered edition was coming to DVD!

A not so memorable remake of Lathe starred Lukas Haas as the George Orr dreamer character previously played by Bruce Davison. There was Christopher Nolan’s nod to Lathe, by casting Haas as the 1st architect in Inception! When I was kid, I wanted to be an “oneirologist” – or dream doctor in the fashion of Le Guin’s Dr. Haber.

I never bothered to see Dreamscape (1984) with Dennis Quaid. It got mixed reviews from Siskel & Ebert, and David Patrick Kelly’s bad-guy was a little too thuggish for me after having just seen him play Luther the previous year in Eddie Murphy’s 48 Hours.

The Cell (2000) was a visually stunning film that went into the subconscious mind of a serial killer. Its Dalí-esque landscapes and fantastic costumes were rich icing on an otherwise unmemorable slice of cake. Dark City (1998) was definitely more pre-Matrix with a super race, the Strangers who are inducing sleep in the city’s inhabitants and Rufus Sewall’s John Murdoch is able to resist, fight and prevail over his oppressors. The City of Lost Children played with the dream genre in a unique way that seemingly inspired Monsters, Inc., where screams were being stolen to power Monstropolis versus dreams were stolen to keep a mad-scientist from aging.

I have always been a dreamer and fascinated with the workings of the subconscious mind. In the 8th grade, so obsessed with dreams and their meaning – I used my town’s grade-school speech contest as an excuse to study Jungian and Freudian explanations for dream symbolism. I won the contest over a speech that was given on the more important subject of racism. I owned this dream topic and it was clear that my passion was shining through.

I have had dreams within dreams. The most visceral and unnerving one took place in my family’s Cape house. I was there with my father, mother and brother. We were preparing to receive guests for what was called a “green party”. It meant that we were there to ease my mother’s passage over into the spirit world as she was dying of a failing heart. The house was filling up with guests – mainly people who themselves were already dead. An elderly couple sat in chairs against the wall, and I greeted them with the familiarity of missed relatives – whereas in my waking life I have no recognition of these characters.

Outside it was nighttime, and the windows were un-shaded and un-curtained so that anyone outside could see in but I could not see out. Casting shadows along a corridor wall was a procession of nuns and a Christ figure with a crown of thorns. They were coming for my mother.

I woke up in my bed in the middle of the night – where at the time I was still living at home in Brookline – as it was my summer before college. My brother came into the room and lay down beside me, upset. I asked him if he had the same dream as me – and indeed he did. We held each other crying with grief. And then I truly woke up. I was in the sleeping car of a night train from Madrid to Barcelona. I was traveling with my childhood best friend, Rebecca – and we were bunked 3 high on each wall of the cabin. Rebecca and I were on the bottom bunks, and it was the dead of night – where the snoring Spaniard in the bunk above her and the gentle jostle of the train reassured me I was in the real world. I was 18 at that time.

The dream was somewhat prophetic. Three years ago, before my mother lost her battle to cancer, she confessed she didn’t think she’d live to see the age of 70, as she had a weak heart. A psychic in the Philippines predicted she wouldn’t see past fifty. My father worried early on in their marriage that he would have to raise my brother and me by himself.

What is most interesting for me, as a mother, is to explain dreams to my young son. When Max was about 3 years old, I asked him if he remembered his dreams. Not knowing the meaning of the word dream, I explained to him it’s like seeing a movie in your head when you’re asleep. For some reason, cultivating an enthusiasm to discuss and share his dreams is important to me. I suppose the value I place on it is for him to own and understand and feel integrated with his subconscious mind.

Inception, in the small genre of dream films, will definitely take its time for me to process and let sink in. It’s one of those mental films that gets under your skin – pausing you to question what is real and what is projected and fabricated by our own subconscious mind. In the end we eventually wake up, even if being in the dream world is much more interesting than reality.

This entry was posted in dreams, film, inception, reality. Bookmark the permalink.